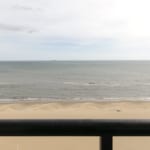 The Atlantic Penthouse is located at the north end of the top floor of the Four Sails and is named for the beautiful Atlantic Ocean.


Notice: unserialize(): Error at offset 0 of 1 bytes in /nas/content/live/foursails/wp-content/plugins/wp-accessibility-helper/inc/wah-front-functions.php on line 643